We’ve learned a lot together in the inaugural season of the NHL style power rankings.

Cole Caufield taught us that sometimes the vice versa of “look good, play good” is also true: playing good can give you enough confidence to pull off the looks you always had in you. And as much as we joke around here, feeling good and self-expression is what this is all really about.

Pierre-Edouard Bellemare taught us plenty, but there were two big lessons: 1) “If you own it, you can make anything look pretty good,” and 2) It’s always no socks season in Tampa Bay. “I have nice ankles, I have to show them off,” he told us.

The Toronto Maple Leafs taught us that old, original six Canadian team habits tend to die hard. Even though they loosened their dress code for a while there and have some of the biggest fashion icons in the league, we never got a crumb of style content from their social accounts. Then one Mitch Marner Mickey Mouse T-Shirt ruined it all and they went back to a strict dress code.

The Stanley Cup playoffs thus far have taught us an unexpected lesson. Maybe it’s the every other day cadence of the 2022 playoffs or maybe some guys have lucky suits (looking at you, Mikhail Sergachev) or maybe there are just bigger fish to fry, but the fashion hasn’t been as on point as I expected. For whatever reason, the guys generally haven’t been saving their best for last this season.

The league is looking sharp as a whole, and those who usually don’t dabble in fashion are definitely trying harder, but the individual heavy hitters aren’t really hitting as heavy as we fashion enthusiasts expect.

You know who is, though? The coaches.

Hurricanes head coach Rod Brind’Amour said during the Canes’ run that in some ways it’s harder to coach than it is to play during the playoffs because you have less control over the outcome. It seems like he and a few others channeled that energy into their suit games.

And at the end of the playoffs, we’ll review the season as a whole and see who racked up the most style rankings appearances. Maybe Dom will even make us a chart.

For now, let’s see who shone in the spotlight of the playoffs leading up to the Stanley Cup Final, and let’s hope some of the Lightning and Avalanche players were just holding out for the biggest stage.

The postgame was far too serious tonight after a 5-1 win pic.twitter.com/iVxLo8zUAi

The Canes were one of the best-dressed teams of the playoffs, so I can’t give them too much grief for giving Brind’Amour grief over his tie selection. But Brind’Amour really went for it this offseason, with multiple paisley ties that he confirmed to me he picked out himself (this is serious stuff, folks!).

A picture from Brind’Amour’s draft day actually surfaced over the weekend, and it seems like he was always ahead of his time.

We need a 30 for 30 on what was going on with this hat situation. https://t.co/vrkMeyirvn 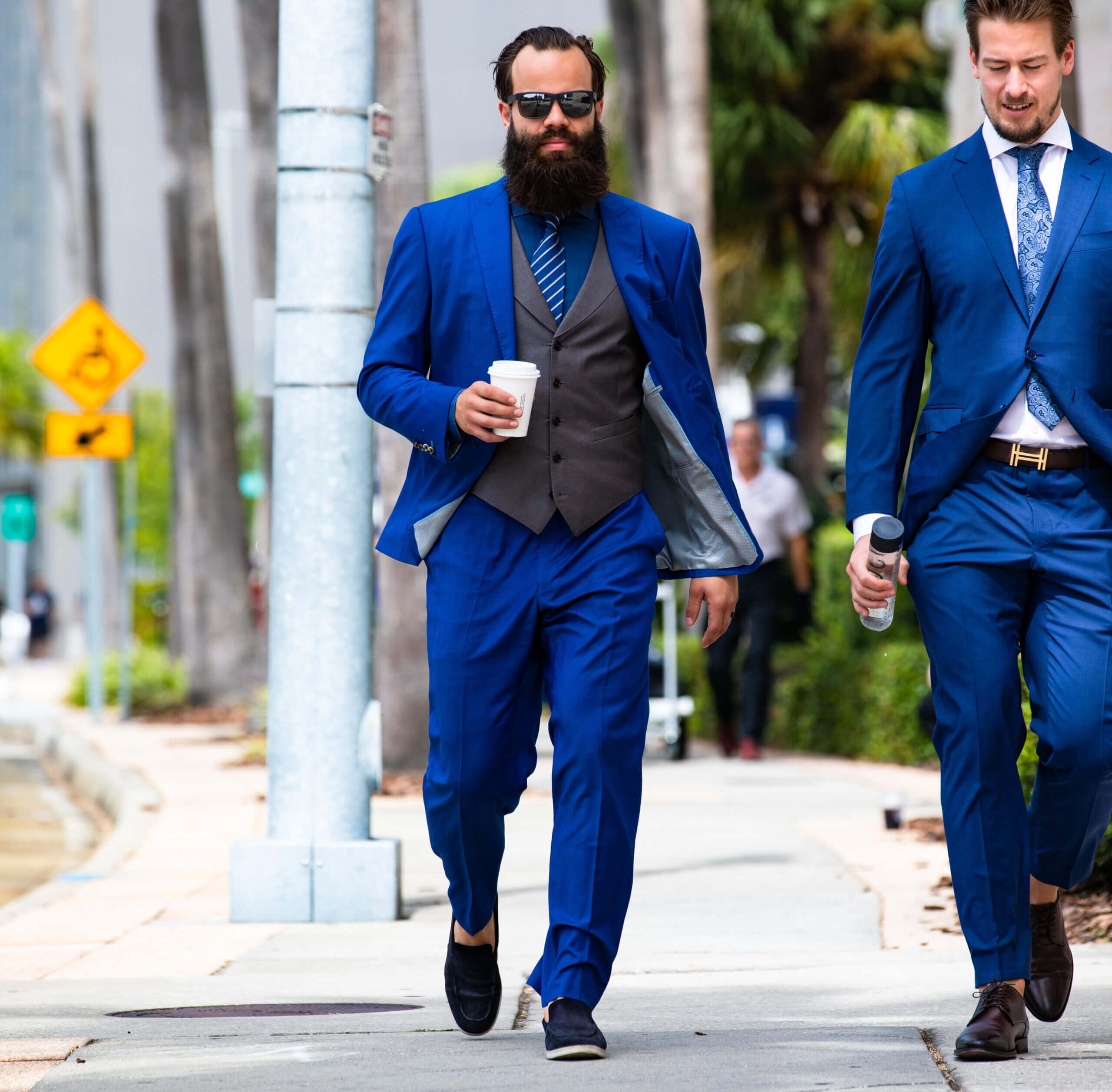 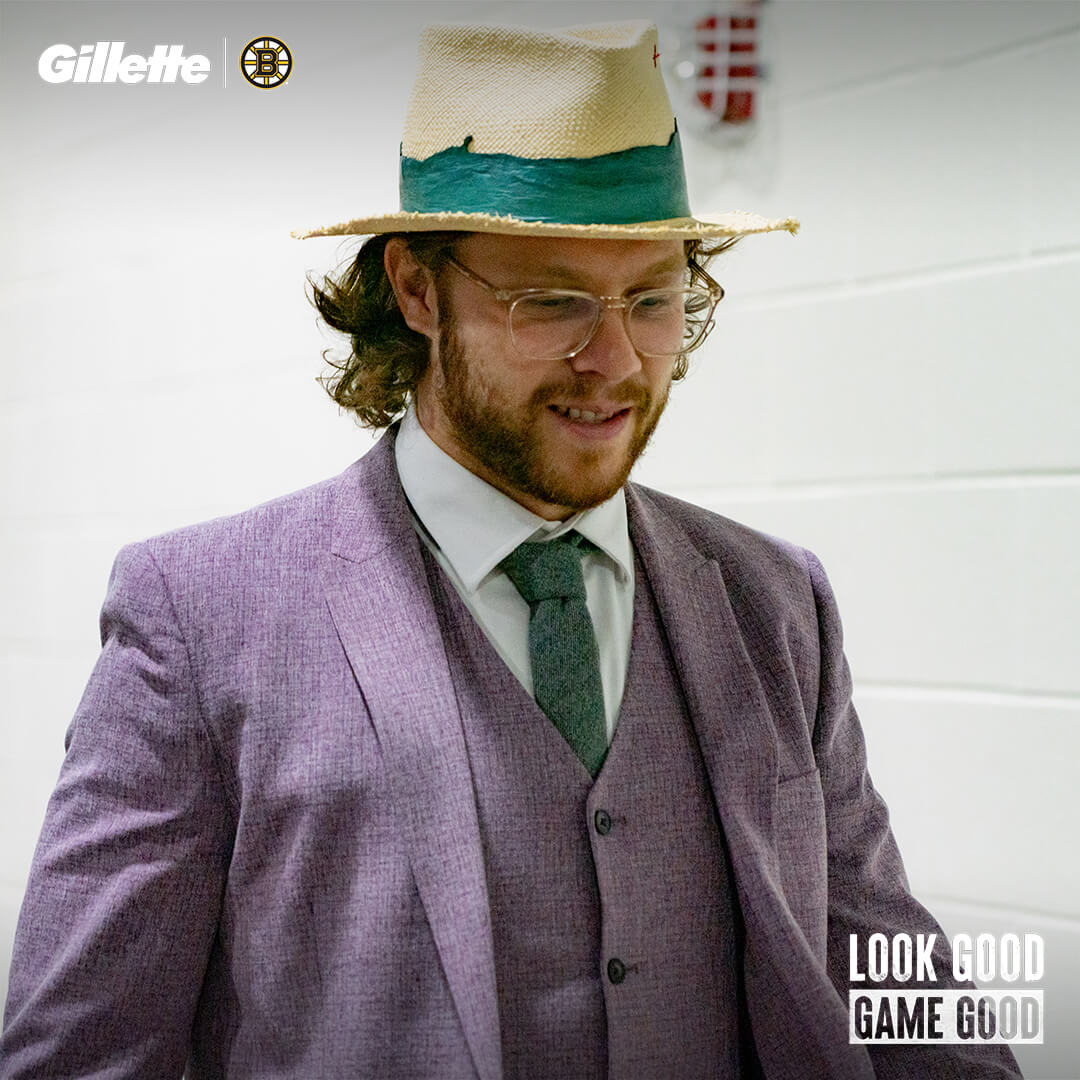 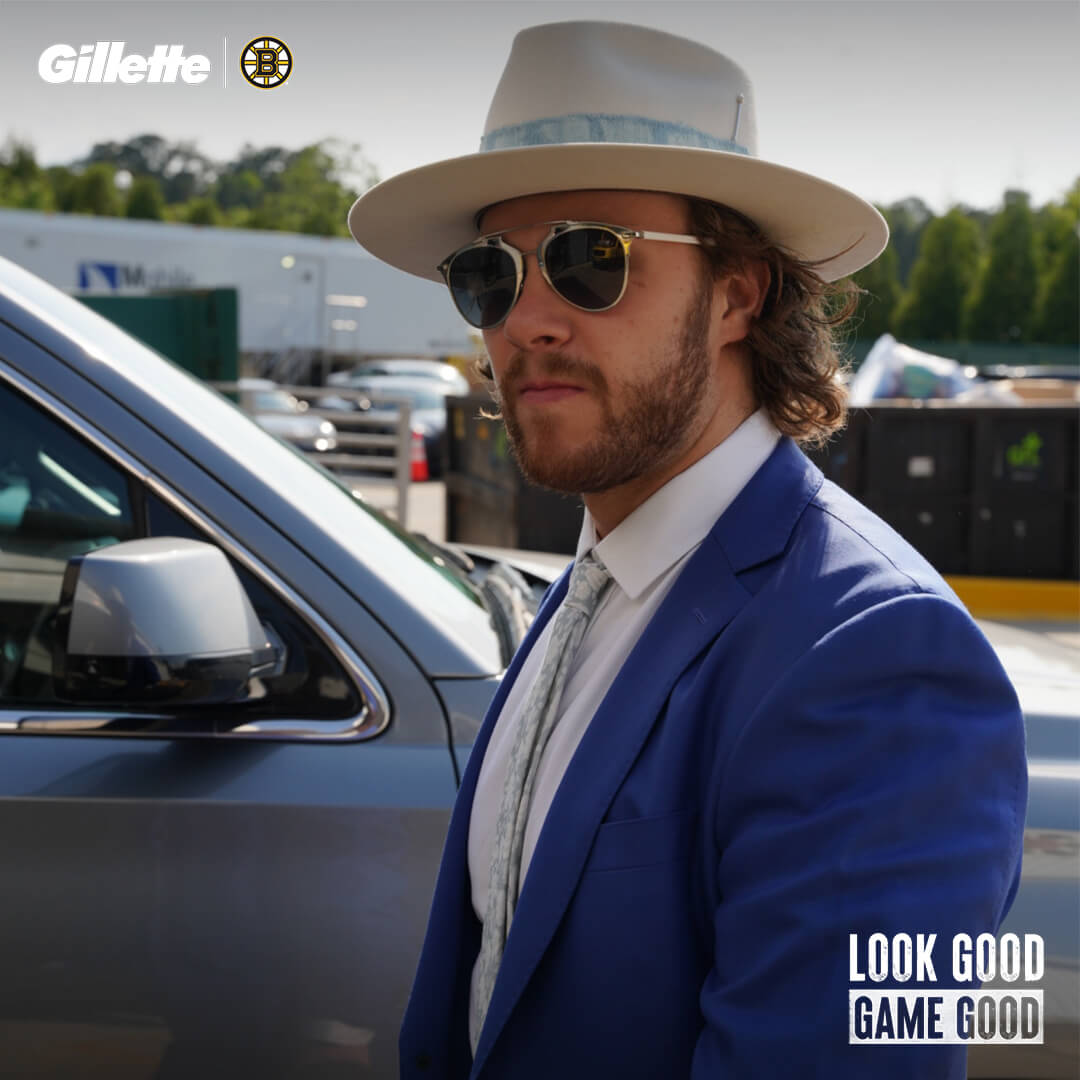 I can’t lie: Pastrnak let me down with the fits this postseason. But the Bruins only went one round, so maybe he had more up his sleeve for later that he’ll now save for next season. Regardless, Pasta at his most understated is still running laps around most of the league. It was clearly more about the details for him during this playoff run. I love the glasses selections in both pictures.

Other than Alex Newhook (who is pictured in the first slide), it feels like Avalanche coach Bednar (third slide) is the only one who knows how to dress around there. This man just walked off the set of “Mad Men” and you can’t convince me otherwise. 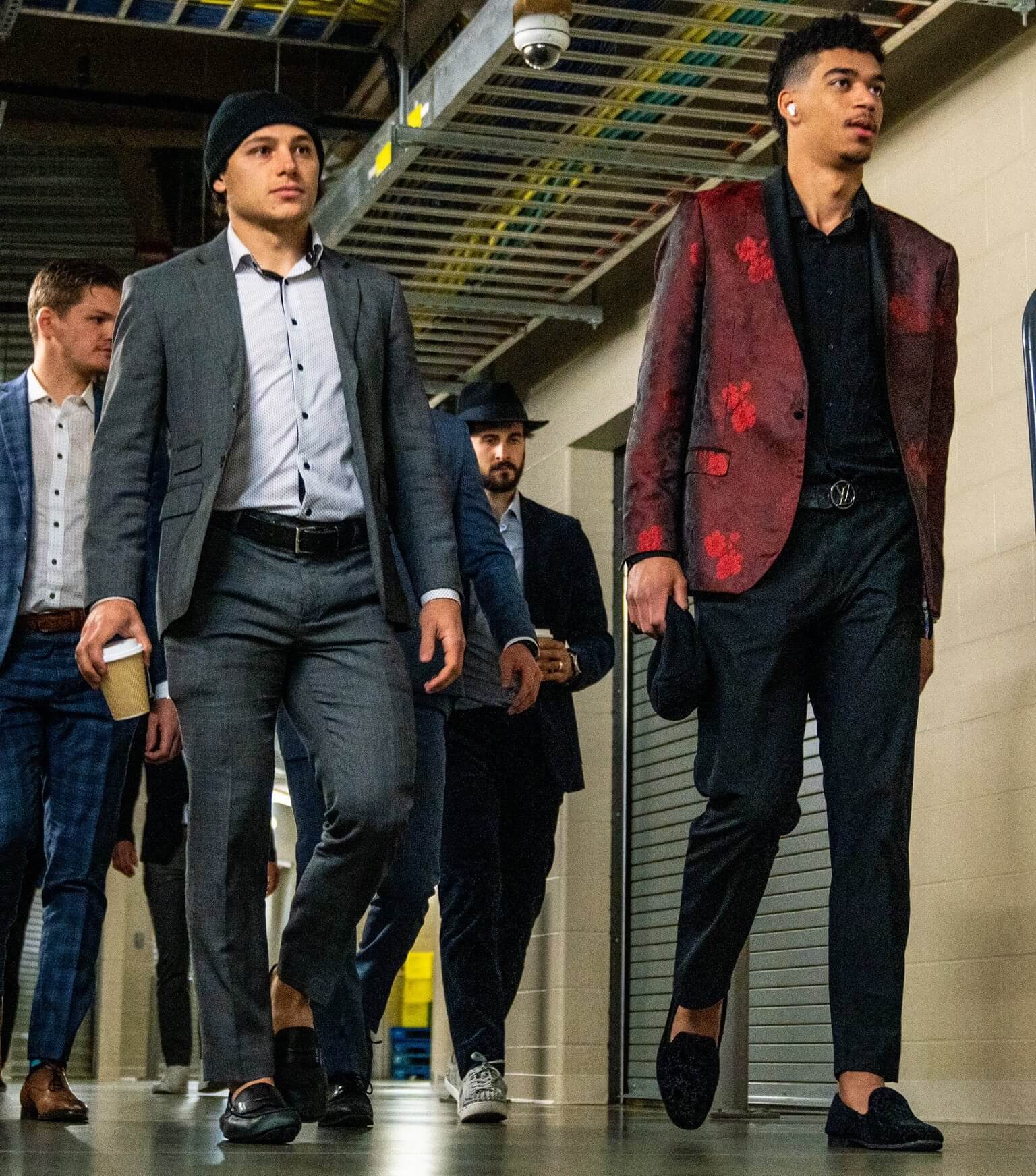 I’m annoyed at the Kings for scratching Byfield, because he’s a great young player, sure. But more importantly, the people needed to see the rest of his fits. 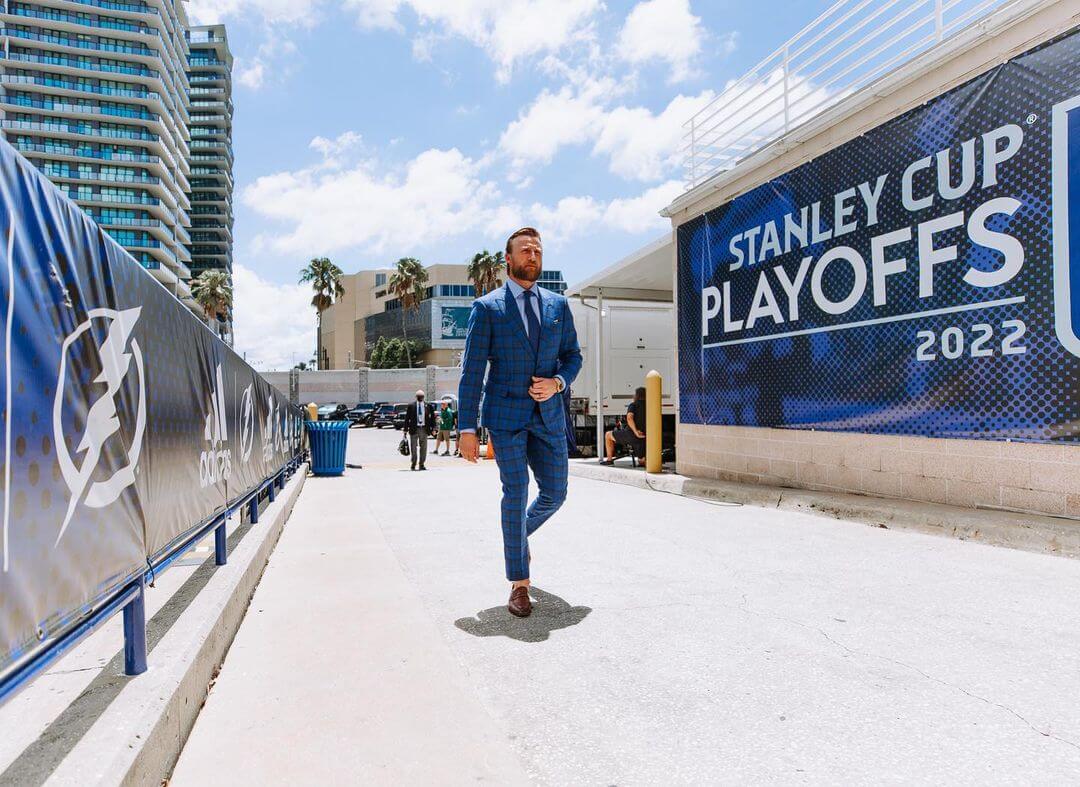 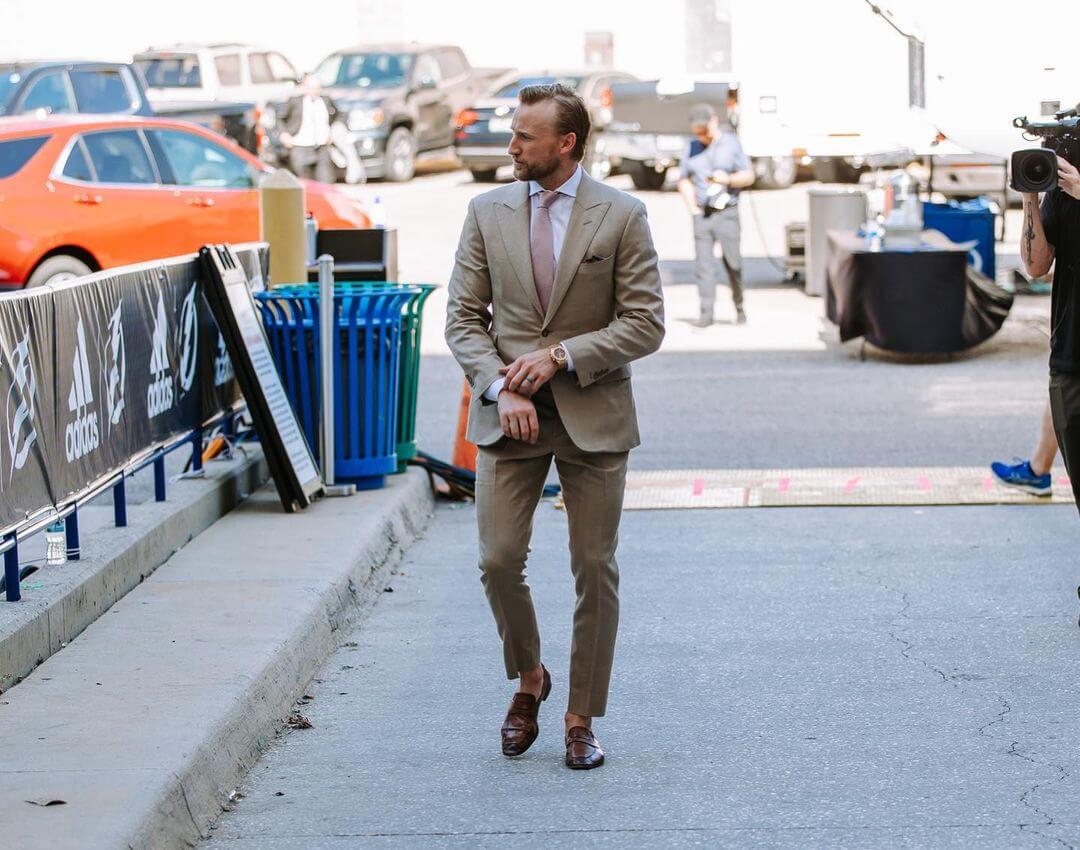 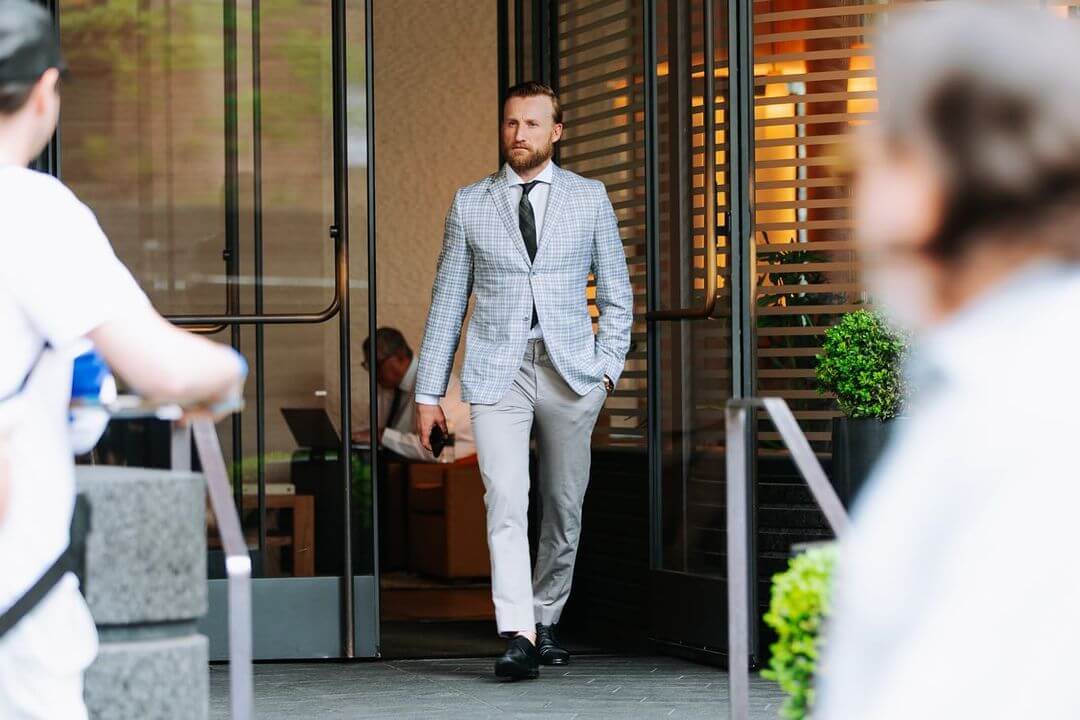 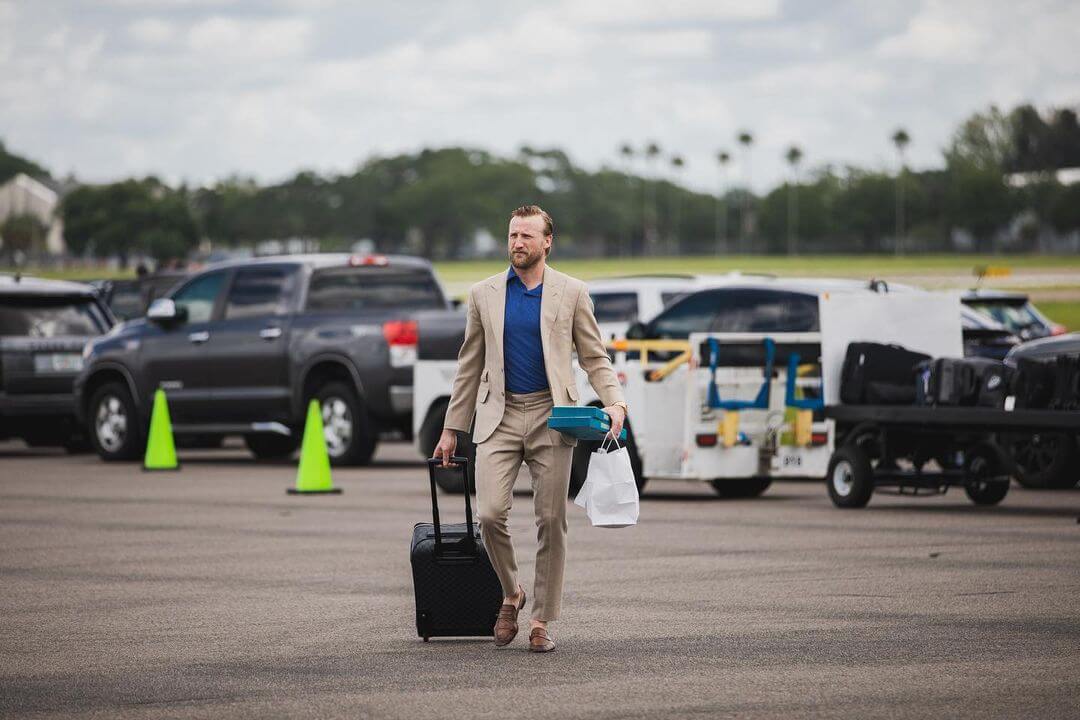 Stamkos is obviously a veteran when it comes to playoff suits, and he’s been in prime watch-commercial form since Day 1 of the 2022 postseason. My only complaint with him is this is all a little too predictable, but I guess that’s what happens when you’re going for your third Cup in a row. 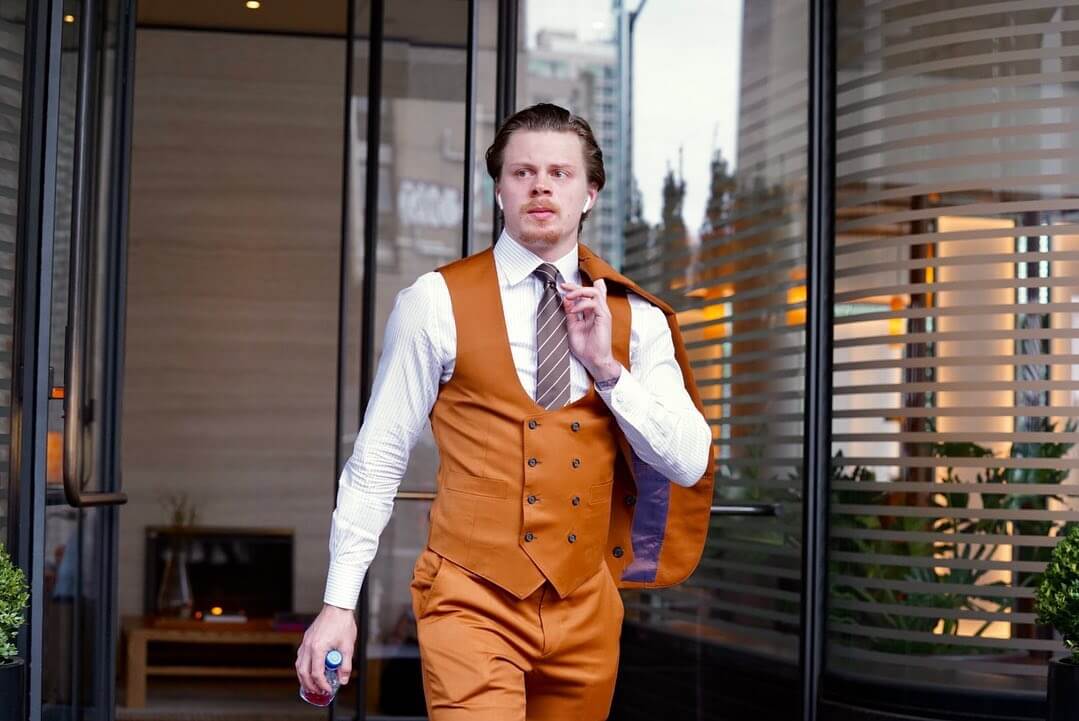 Well, well, well. The Penguins finally gave us a good picture of a Kapanen outfit, and he’s immediately in the top five. Love the twist with a pop of a unique color on a classic three-piece. Love the pop of purple. 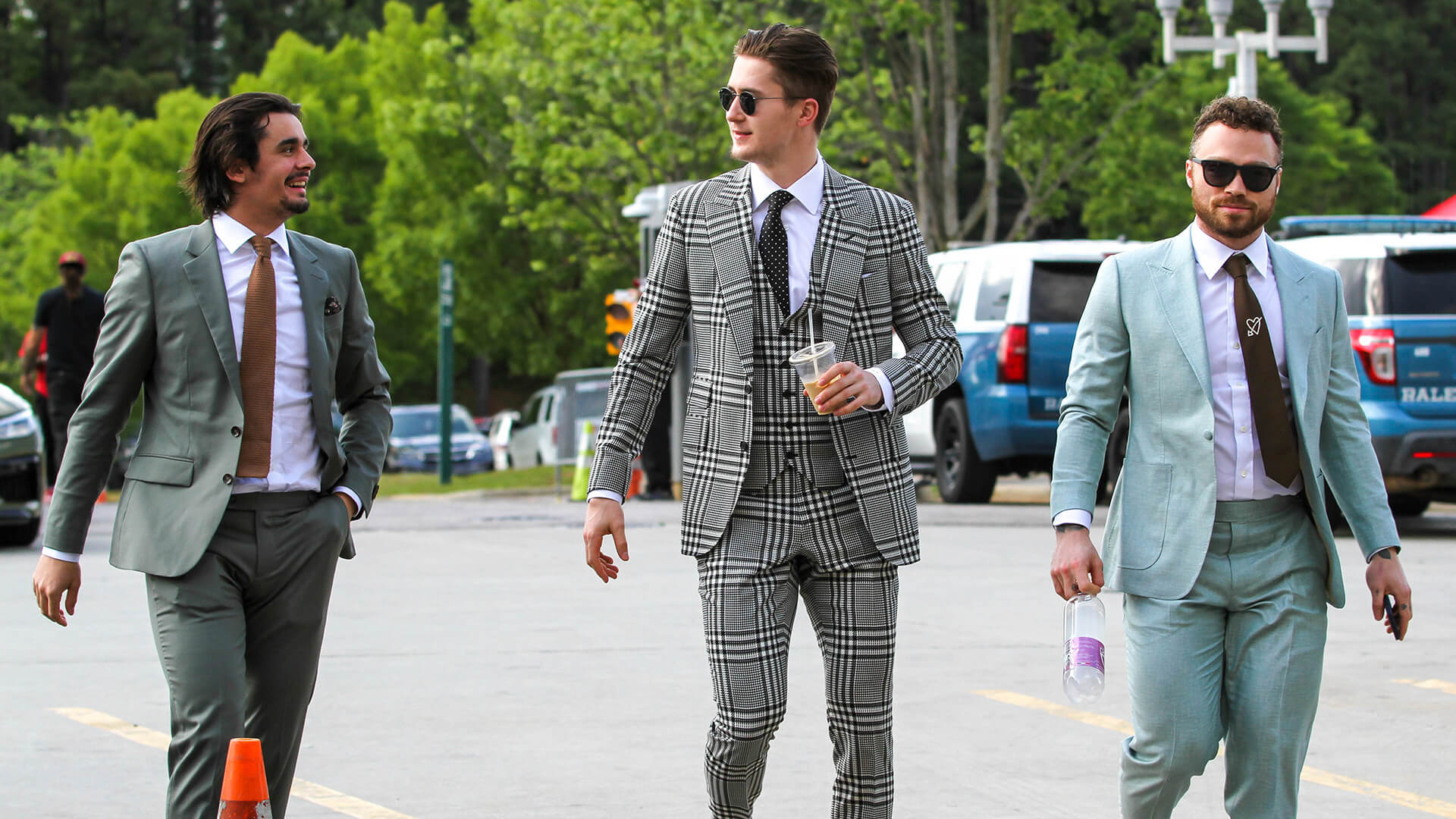 Photo courtesy of the @Canes (Domi on the right) 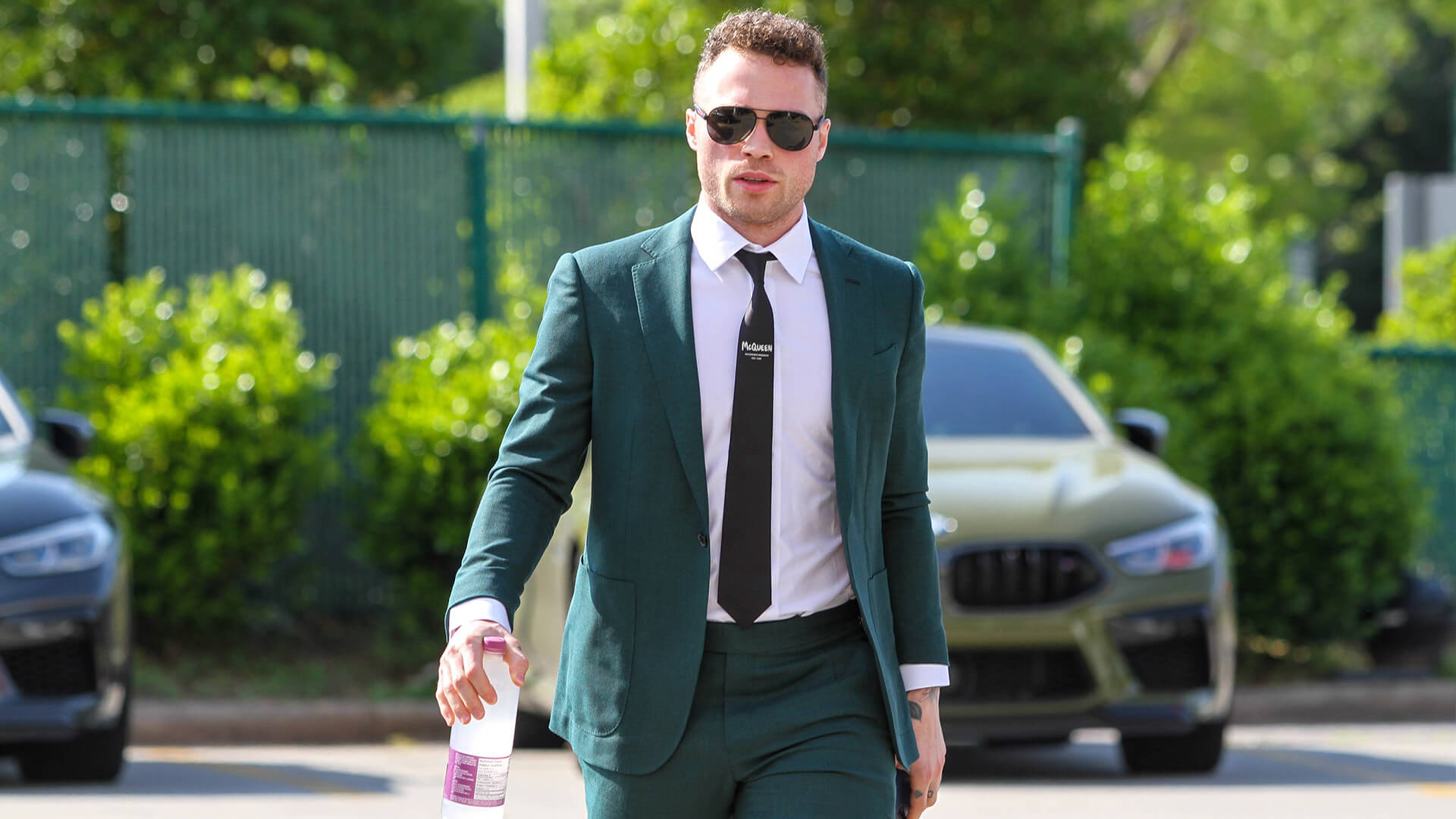 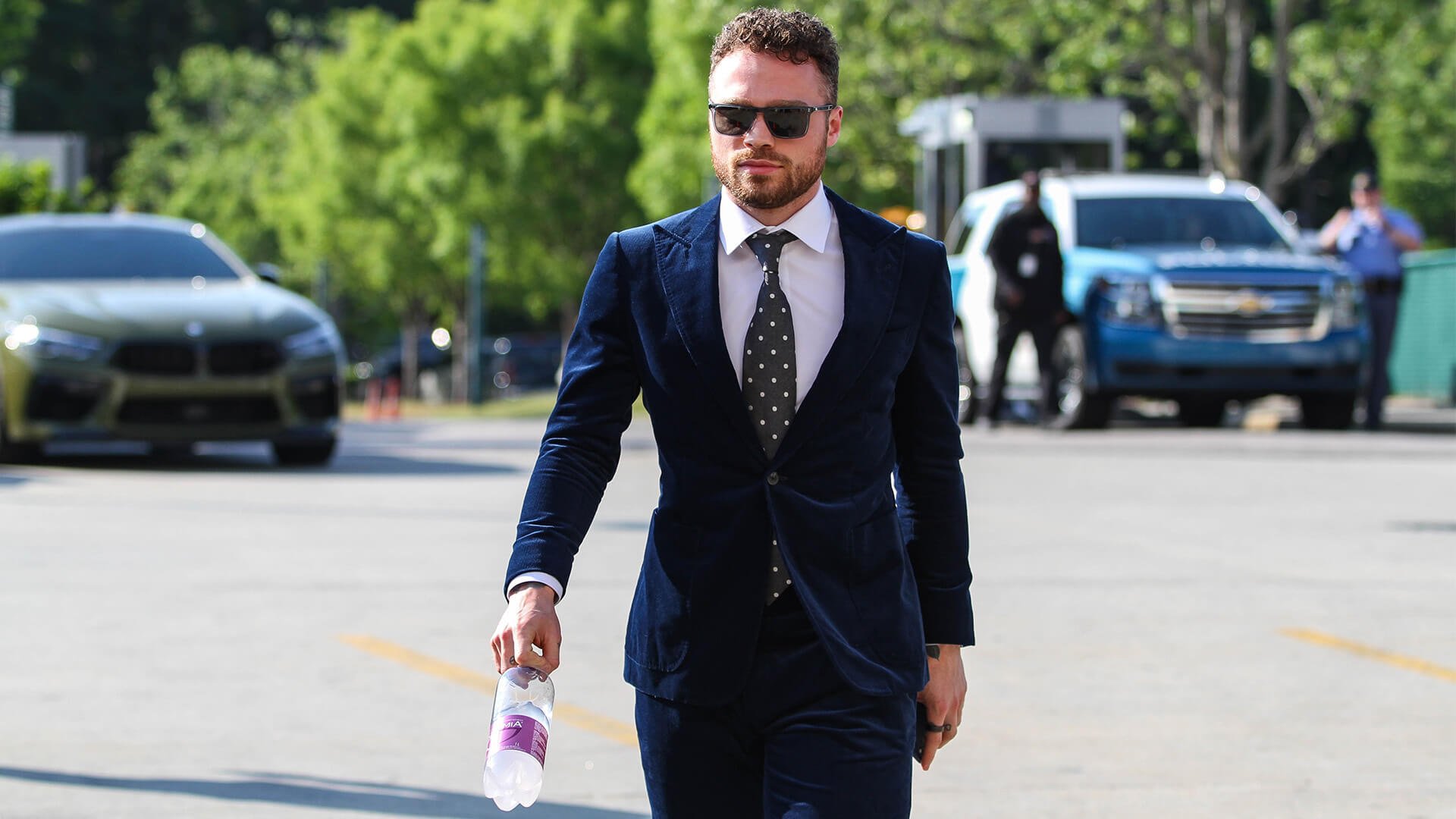 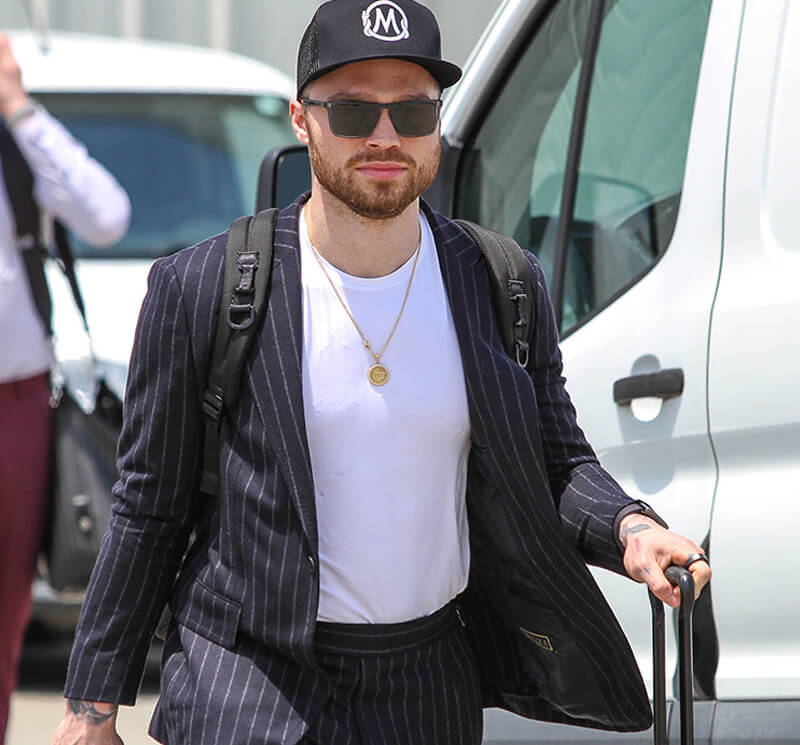 Green is unequivocally the color of the year in the fashion world, and Domi rolled through the playoffs with two Game 7 goals and two green suits. Mint and forest? In this economy?! I love that he clearly found his color, and I love the variety in his wardrobe as a whole. He also went for velvet in the Carolina heat and traveled to New York City in pinstripes. Power moves only. 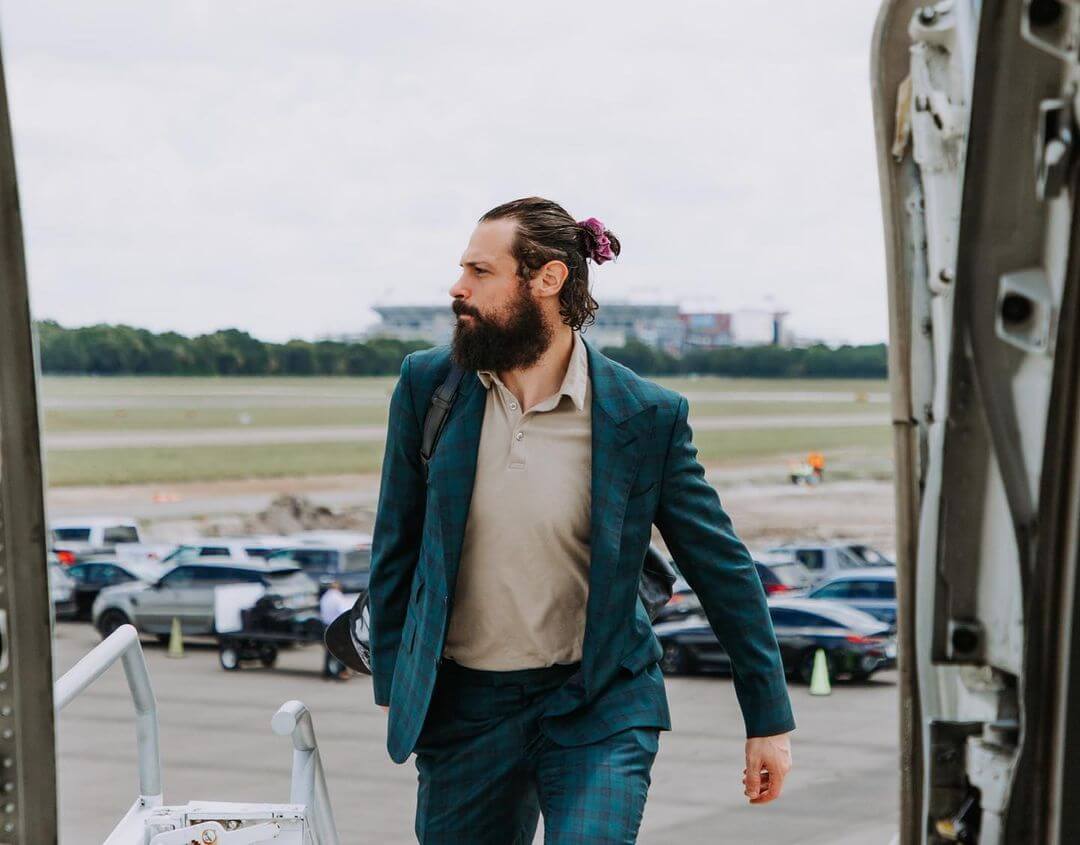 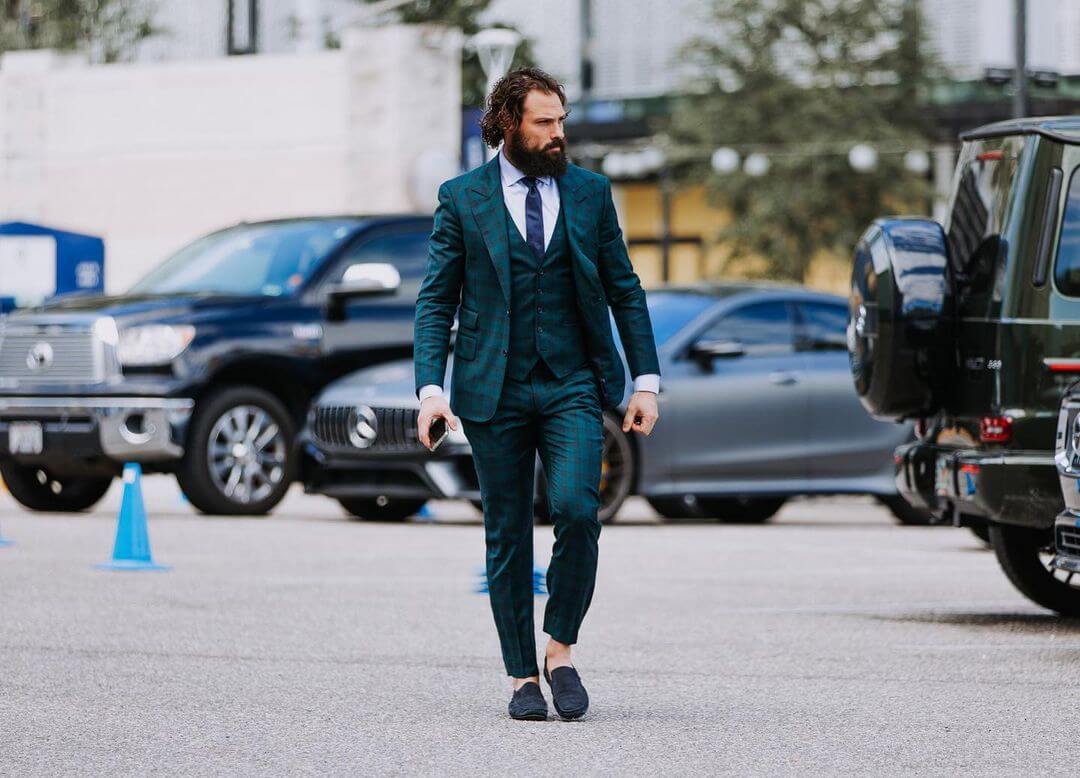 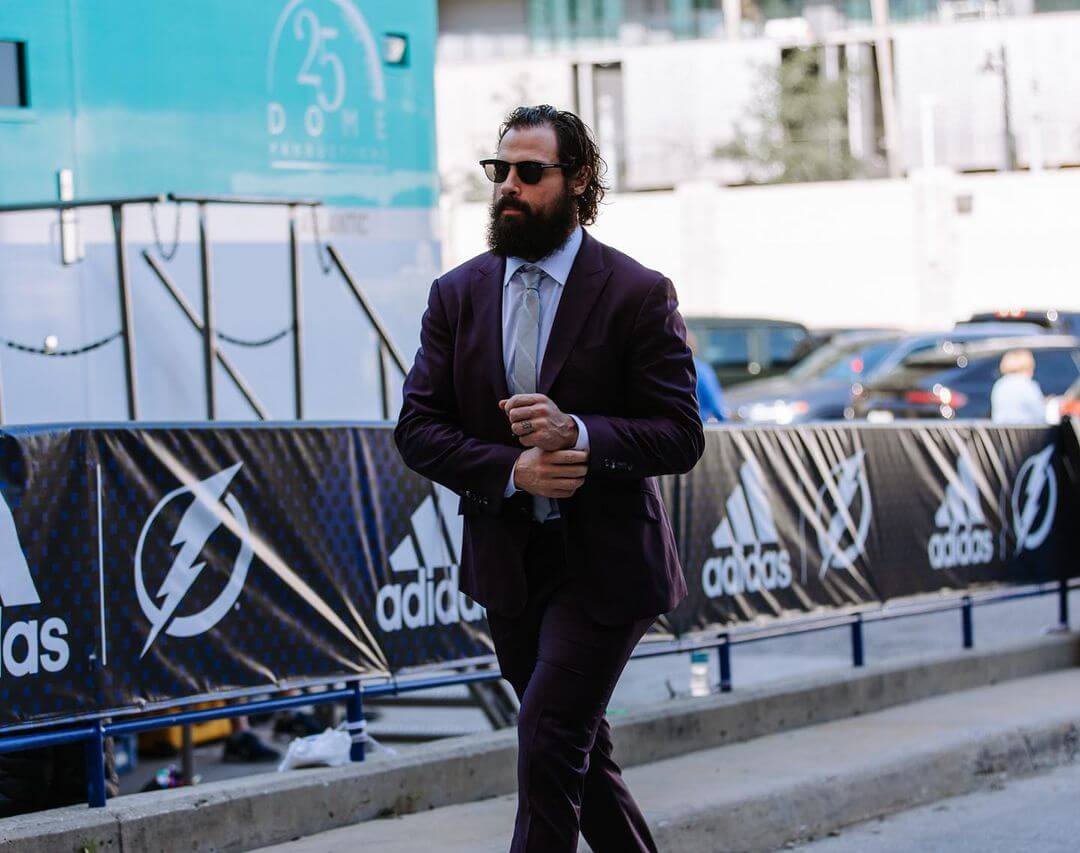 Maybe there are so many Lightning players with great fashion sense that I have just ignored him, but I would like to apologize to Bogosian for just now realizing he’s got great style. The Lightning are really burying the lede here, and the lede is Bogosian styling his man bun.

You might be down in the Lightning’s fashion depth charts, Zach, but you’re number two in our hearts.

Even the drink matches!

And Miller’s playoff looks bring us back to Bellemare’s wise words: Own it.

(Top photo of Zach Bogosian courtesy of the @tblightning)