Brides on a budget! Thrifty women reveal how they picked up their dream wedding dresses for as little as $12 by shopping from eBay, ASOS and even the Salvation Army

By Jessica Rach For Mailonline

Savvy brides from the UK, Europe and America have taken to social media to share the stunning wedding gowns they have found on a budget online.

Shared to Reddit thread Weddings Under 10K, and collected by Bored Panda, the dresses range from $12 from a second hand online clothing store, to $300 from ASOS.

Many of the brides accessorised their dresses with handmade bouquets, earrings from Walmart and veils from Amazon, racking up thousands of likes online.

And the savvy shoppers proved not going to a designer store doesn’t mean you can’t get your dream dress, with everything from simple gowns to full frills and even colourful corsets on display. 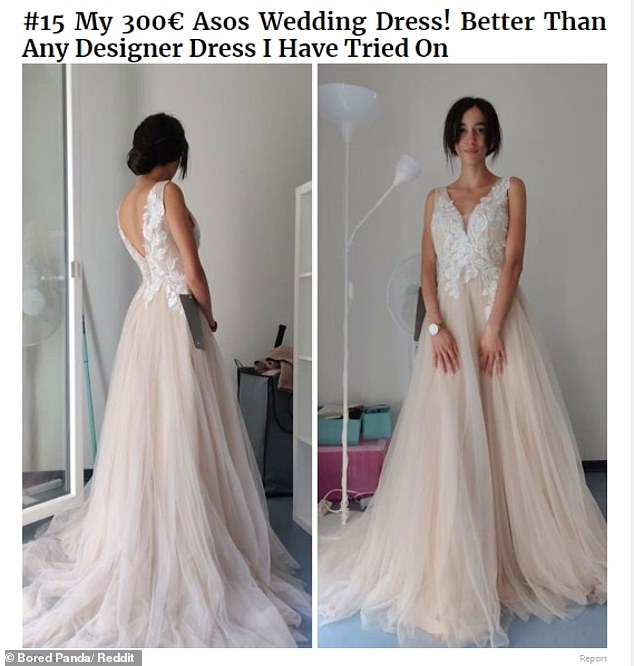 Savvy brides shared the stunning wedding gowns they have found on a budget online. This European bride spent $350 (300 Euros) on a corset and tulle champagne dress from Asos which she said was ‘better than any designer dress she tried on’ 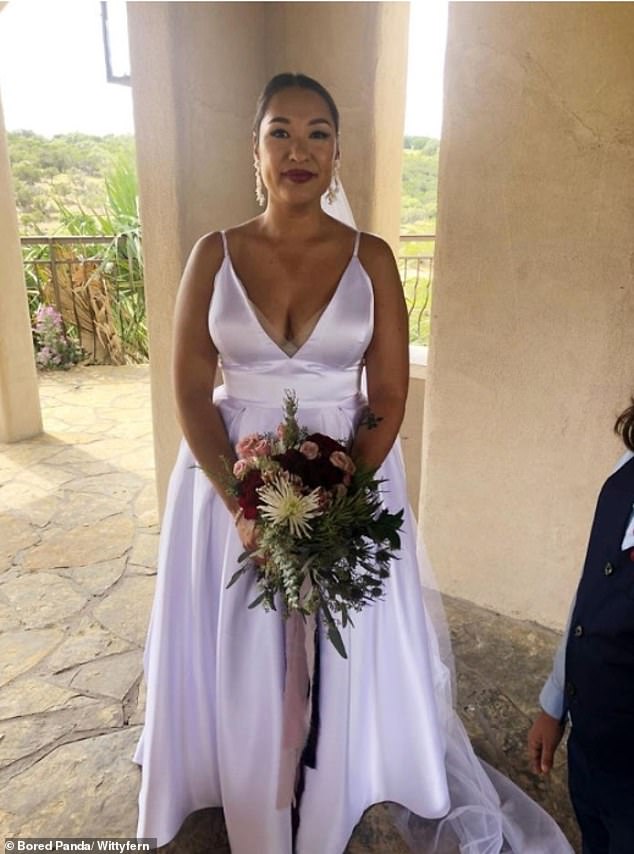 This bride, from Austin, Texas, told how she spent $92 on a dress from Amazon,  which she teamed with a homemade bouquet at a free venue in her hometown 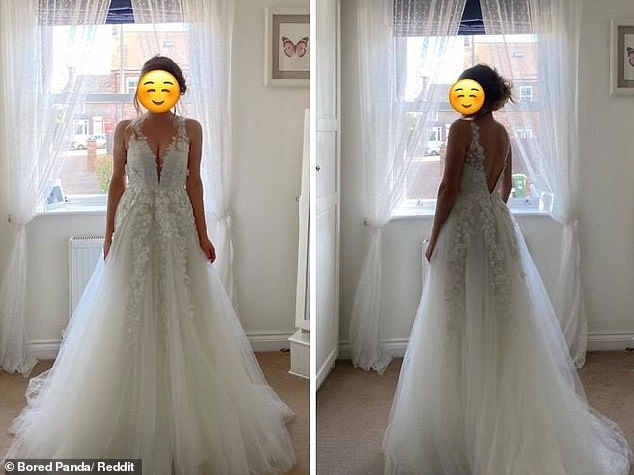 Elsewhere, an English bride unveiled the  £300 multi-layered ASOS dress boasting a plunging neckline and back, along with flower applique, adding ‘I love it!’ 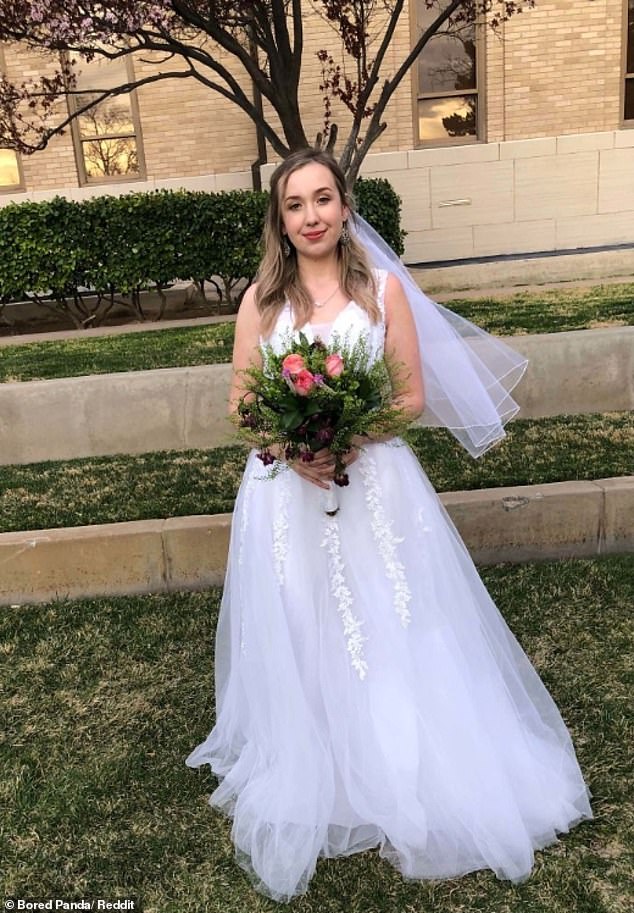 Meanwhile, an American bride pulled off the classic look, teaming a traditional $100 dress and $10 veil from Amazon $2 earrings from Walmart and $25 flowers from Albertsons, adding: ‘I think I pulled it off well!’ 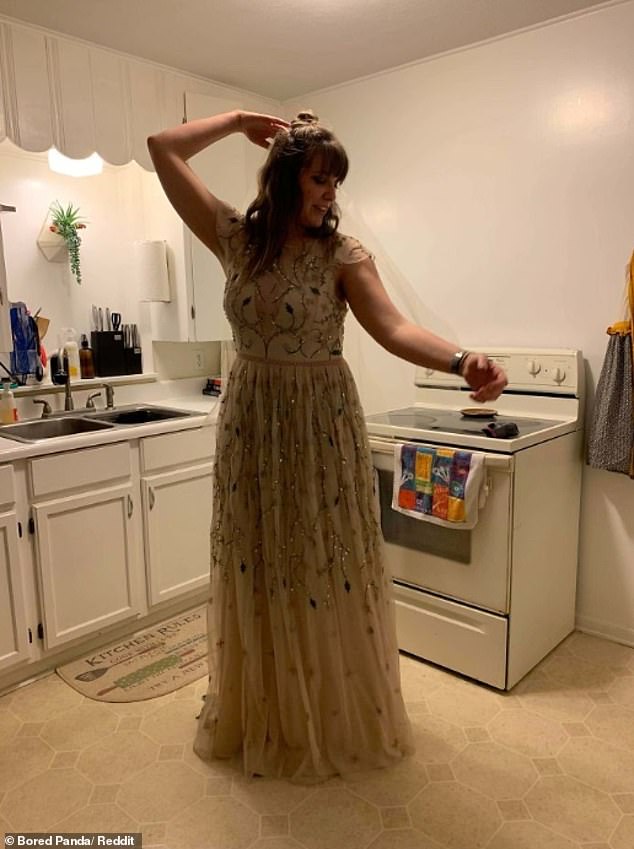 Elsewhere a US Reddit user shared her colourful embroidered gown from ASOS costing just $100,  revealing that she spent $20 on alterations and  bought a $40 veil from another Reddit user 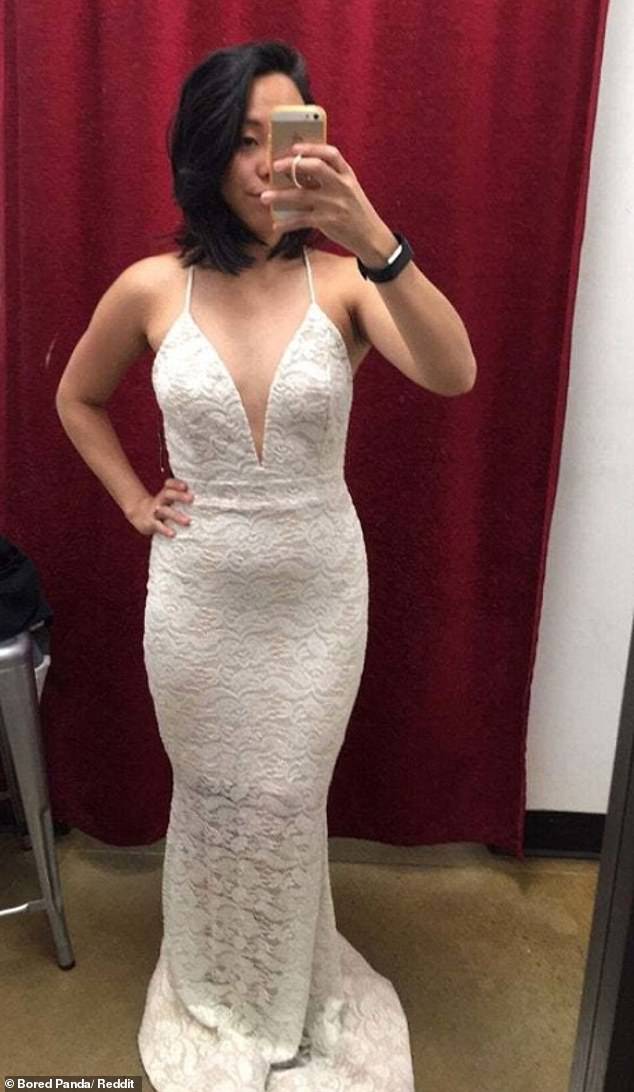 And this impressive steal came from a Missouri resident, who said she spent just $12 on the dress from St Louis, in a second hand clothing store called Uptown Cheapskate 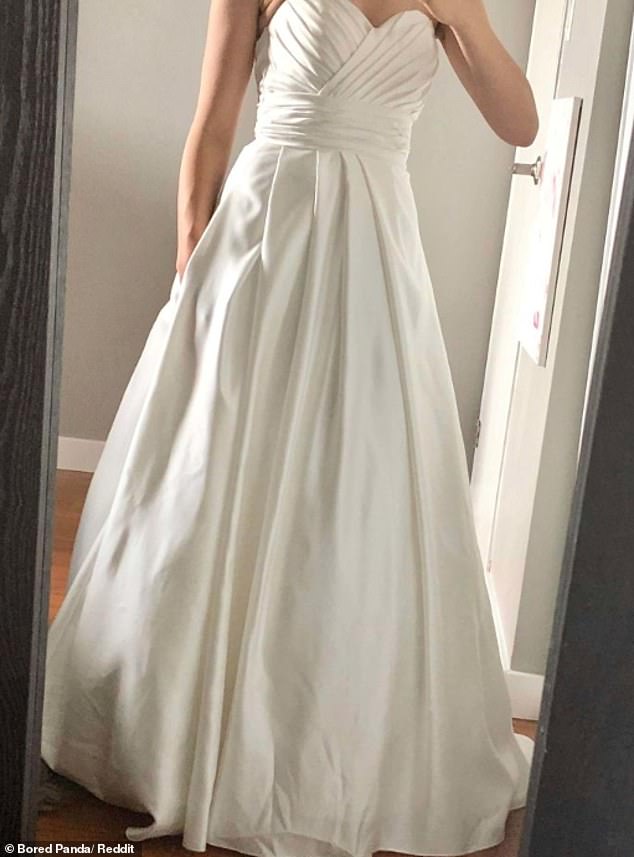 Elsewhere another US bride purchased a gown from the Salvation Army for $30, and cooed over the extra pockets adding: ‘Already altered to a 32″ rib  cage with breast pads and the perfect length it was made for me’ 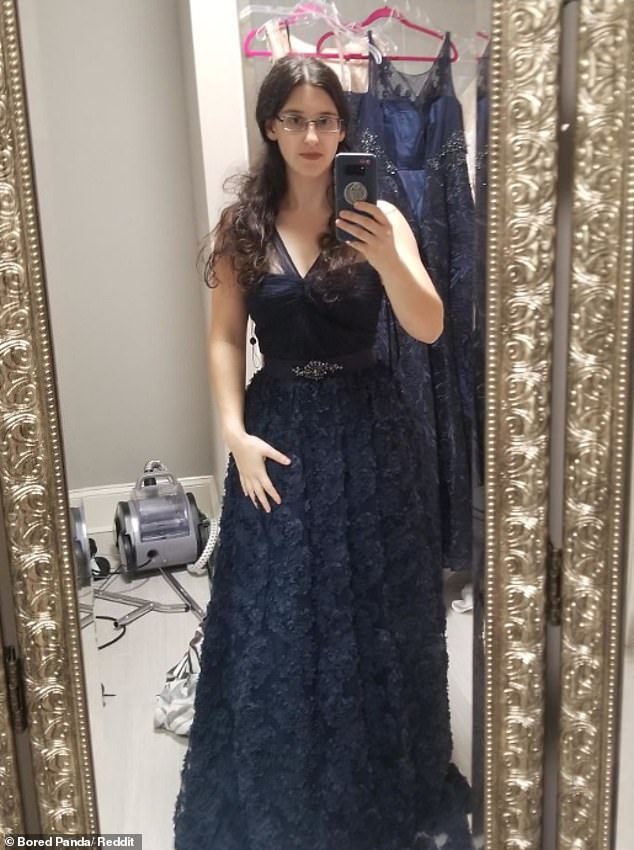 Opting for a less traditional and unique navy gown, this US bride spent just $99 on a form-fitting feathered, gothic-inspired gown – admitting she had ‘almost lost hope’ 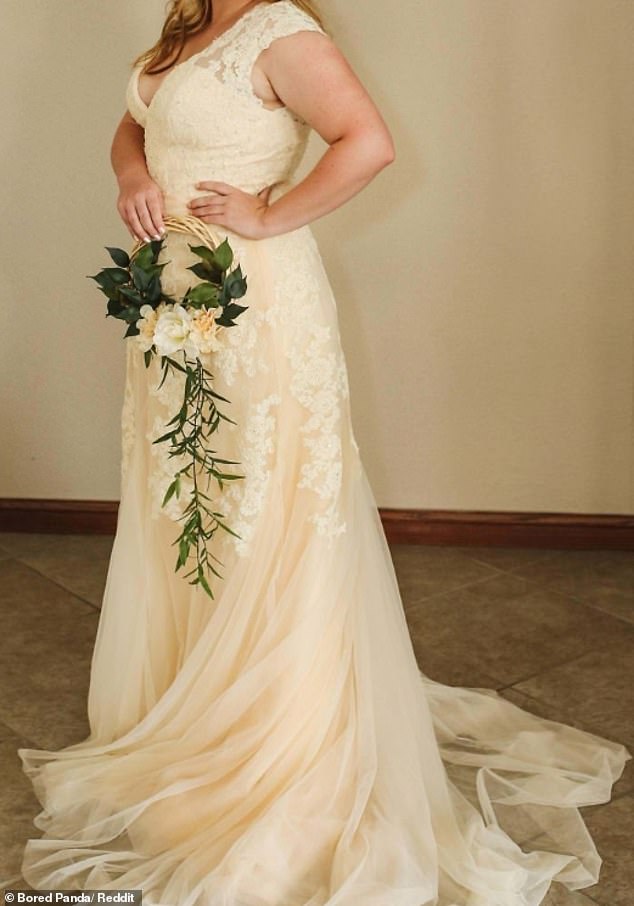 Meanwhile this American bride spent just $20 on a  champagne gown with floral applique  from The Salvation Army, making a bouquet for $3 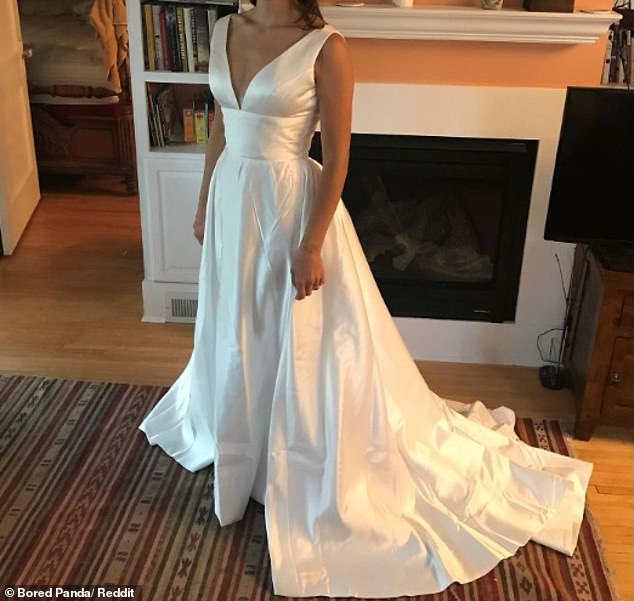 And this stunning bride admitted her $94 dress was ‘comparable to a designer’, after she found the silk plunging fitted gown on Amazon

What We Included On Our Baby Registry